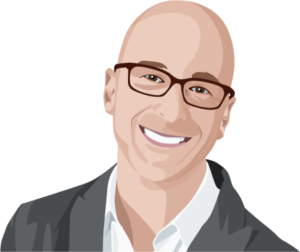 Townsend (“T”) is the fearless leader of Haystack Digital, having led the digital communications strategy and support for Fortune 500 companies and major international private equity firms for over 15 years. He is proud of his team and their creation of meaningful, memorable and measurable brand solutions.

Previous to founding Haystack, T was an Executive Producer for several New York-based production companies. Prior to that, he represented talent and developed the branding platform pitch for William Morris Agency. He began his career performing odd jobs on Martha’s Vineyard, assisting celebrities and as the manager of several colorful bands.

T is a graduate of Skidmore College and holds audio and design certifications from SVA and NYU.